The Monterey Auction market saw several record breaking sales, but what was out there for the rest of us? We canvassed collectors and give you the inside track on seven cars worthy of a look, ranging from $30,000 – $1.5 million.

A matching numbers genuine 1969 Cooper S with the 1275cc engine and very well executed period-style rally preparation. This car looks fantastic and is the Cooper S we would want to own, short of a genuine works car. Minis are fun to drive and rarer in this one’s original left-hand drive configuration. A great car for European Rally events such as the Tour Auto.

The racer in us loves this Alfa because it has been set up as a period correct road racer with a race tuned engine, suspension and a removable roll-cage. A veteran of 10 Monterey Historic Automobile Races, the previous owner had a lot of fun with this car, before treating it to extensive refurbishment over the past few years. As a 1960 car, it is eligible to race in a number of vintage race classes as well as being a very useable road and rally car. We’ve had some great drives in Alfa Giuliettas and they make competitive racers. Being one of the Bertone bodied cars makes this one rare and unusual, only 1,400 examples were built. One of only 10 Works DBR9s built, with an impressive race record that includes four FIA GT Championship podium places at some of the greatest and most demanding circuits in the world, DBR9/9 is worthy of any great racing car collection. Looks like the bargain of the Monterey Auctions this year at the estimate. A works car, a piece of Aston’s modern rebirth, and one of the most beautiful race cars of the modern era. So much more interesting and authentic than a modern supercar. Fast, rare and beautiful. We love Speedsters and this is a special one. One of just 21 built in the Speedster’s inaugural year with the uprated 542-series 1500S engine, its original powerplant is still in place. It also comes complete with original Date-Coded Wheels, COA, and original parts. Gooding describe this car as an ideal concours restoration candidate, which means that it has already had enough work done to it to preclude it from a preservation class entry, but either way we love the way it looks now and it’s honesty and patina. These pre-A Speedsters just look so good on their skinny wheels and tires. I there is such a thing as a bargain at Monterey in 2017 – this could be it. Rare, original, fun, and eligible for everything. 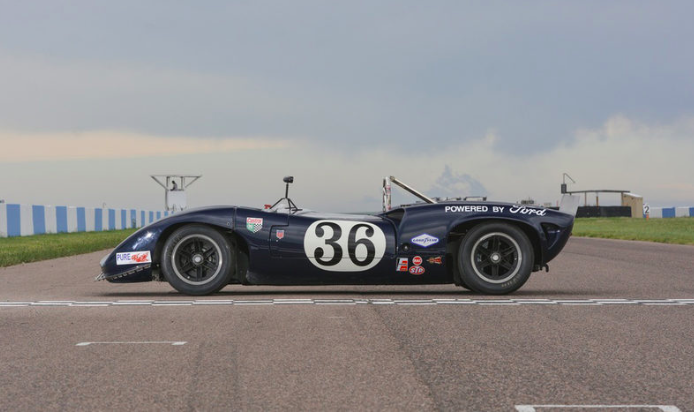 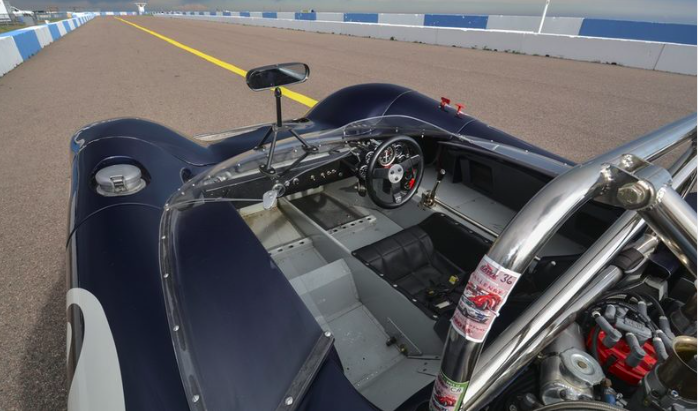 One of four Can-Am Lola T70 Mark IIIB Spyder produced in 1967, this car was campaigned by Dan Gurney in the 1967 Can-Am series. Now restored to it’s original 1967 configuration, it is an expertly prepared and maintained car, having been an active participant on the vintage racing circuit, winning its class at the Road & Track Concours d’Elegance at Road America in 2010, racing at Monterey and Sonoma in 2012 and taking second in class in the SVAR Championship at Circuit of the Americas in 2013. The Lola T70 in its various forms is the perfect sporting machine for the qualified driver by virtue of its performance and historical prominence, to say nothing of its sheer beauty. With the added prestige of Dan Gurney’s ownership and racing history, chassis number SL75/122 presents an opportunity to own an example of Eric Broadley’s finest work that will be welcome in almost any vintage venue around the world. BMWs 328 is prized by collectors as one of the best driving and most modern prewar race cars ever. This 328 is one of six chassis that were imported to England by the Aldington Brothers under the name of Frazer Nash in the autumn of 1939. With the immediate onset of World War II, the vehicles were impounded and stored by British Customs and Excise, not to be seen until 1946. Former RAF Spitfire pilot “Dickie” Stoop, a Frazer Nash Works driver then purchased the car and commissioned a bespoke envelope body for his new Frazer Nash-BMW from Leacroft of Egham. As an ode to his piloting background, the body featured many aeronautical features – the aircraft-type bonnet clips and flush-capped fuel filler among them. Partnered with his friend Peter Wilson, Stoop entered 85427 in the 1949 Spa 24-Hour race held at the Circuit National at Spa-Francorchamps, taking 6th in class and 12th overall. Superb to drive, unique and good looking, Spa race history, and eligible for everything.

Not to be mistaken for a factory comp car or a 24 hours of Le Mans entrant, this car is in fact a street Daytona modified in 1971 for club racing by french distributor Charles Pozzi’s Levallois garage. It then participated in a few club level events in 1972, including the Mas du Clos, and the (4 hours, not 24) Le Mans support event. As such, it has been an ideal candidate for preparation as a street/competition Daytona, and noted specialist Mike Sheehan has done just that. Having seen this car on track at Palm Beach International Raceway as part of Cavallino 25, we can say that it is a well sorted track ready example that makes an incredible noise.  Given that it is a street Daytona, it could be road registered, making it both one of the fastest and most affordable entries in the world of street/comp Ferraris.